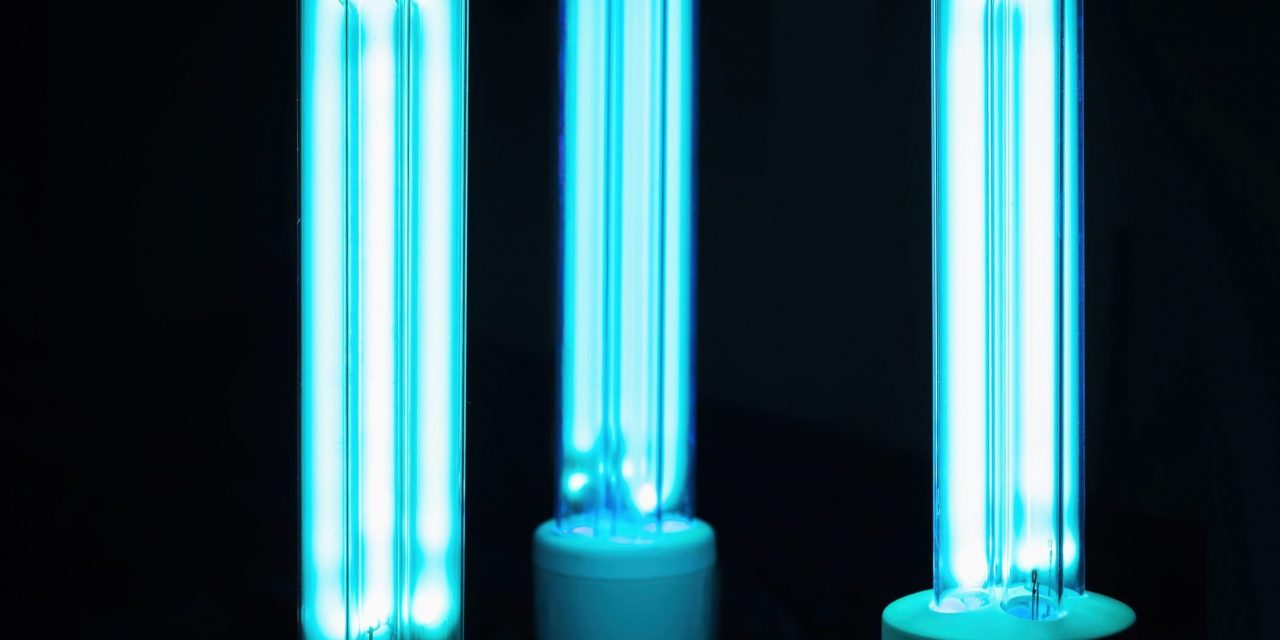 Scientists have worked on a type of UV (ultraviolet) light that can inactivate different types of bacteria and viruses but is not hazardous to human eyes or skin, a recent study reports. They are counting on the commercialization of this new technology to aid in the fight against not just Covid-19, but other communicable viruses as well – like seasonal flu, measles, etc. They are hoping that this new development to what was already known to be a great germicidal tool, UV light, will be used as a sanitation frontline in public spaces, like hospitals, offices, schools, and airports.

What differences does Far-UVC light have from regular UV germicidal light?

For decades, UV germicidal light has been used for decontamination purposes in medical settings. However, traditional UV germicidal light (260 – 280nm) is not safe for humans to be exposed to. With extended exposure, traditional UV light can cause eye cataracts and skin cancer. So up until recently, the only time they can be used is when people are not around. When they sanitize a hospital room, for example, it needs to be evacuated first. Then, someone will be controlling the UV device via a remote controller.

With far-UVC (222 nm), since it is safe for humans, sterilization can continuously go on even with people around. It can also be used outside medical settings and operated by regular people. 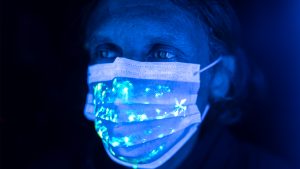 What is known about Far-UVC light?

Scientists have been working on developing far-UVC in the past few years. It uses a lower dosage of UV wavelengths, somewhere around 207 to 222 nanometers, for sanitation. Most, if not all, far-UVC gadgets use 222nm light. Lighting experts have mixed opinions about far-UVC, with some believing that it is safe for humans and some saying that there is not adequate evidence to support those claims.

However, the number of UV light air purifying gadgets has been steadily rising as of late. The knowledge of coronavirus being able to stay active in the air via pathogens is enough to scare a lot of people to scramble for any possible way to reduce the chances of contracting the fatal disease.

What are UV air purifying gadgets?

UV air purifying gadgets are developed using far-UVC technology to kill airborne microorganisms like bacteria, mold, and viruses. Albeit there are different kinds of air-purifying gadgets, they only share an ultimate purpose: to lessen air toxins indoors. This new technology is also called UV Germicidal Irradiation (UVGI) air purifiers. However, this is not to confuse it with air purifying devices equipped with UV technology but not being used against airborne pathogens directly.

UVGI air purifiers are sold as stand-alone devices in the market currently. They are independent structures that are often being connected to pre-installed HVAC systems. It forces air to go through the device, then passes through the UV light source to be disinfected via germicidal irradiation. The only safety matter that worries professionals is that the sanitation process may generate ozone.

UVC light is the primary source of sanitation power of UVC air purifying gadgets. All the excess energy, definitely more than detectable light, is capable of changing the molecules that are supposed to absorb it. DNA, in particular, is highly susceptible to the said changes. UV light blasts the microbes that come in contact with the UV light source and destroy the DNA they require to reproduce.

Bacteria only have a single cell, so they are highly reliant on their DNA in order to survive. This fact is what UV light air purifying gadgets are based on. Once the DNA of the cell of a bacteria is adequately impaired, it will then trigger a mechanism that will urge the bacteria itself to self-destruct – which, in turn, renders it harmless.

How do UV light air purifying gadgets disinfect the air?

The way UV light air purifying gadgets work is actually pretty straightforward. As mentioned earlier, they utilize UV light sources to change the DNA of the microbes, eventually killing them. Emitter can be made of different materials (sometimes quartz, sometimes phosphor). The fact that there might or might not be a detectable blue light is dependent on this. 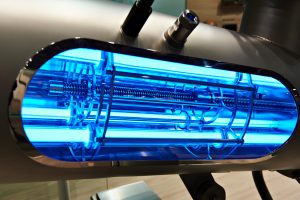 How can UV light air purifying gadgets be installed?

There are a lot of different ways that UV light air purifying gadgets can be installed. Each method has varying levels of success. A study where germicidal UV lights are placed on the walls of a healthcare facility has proven that it is the most successful way of providing the disinfecting qualities of UV without the previously shown side effects of UV overexposure. This very study is the basis of how UV germicidal systems are being used in hospitals and clinics nowadays. Generally, UV light air purifying systems found in residential settings utilize mercury lamps that produce UVC with a dosage of 254nm.

UV light air purifying systems are usually a merger of another type of filter (HEPA, for example) and a forced-air system. So UV is not the only component that makes the air purifying systems effective. Stagnant air indoors is forced to go through the system and ventilated inside a small compartment where UV lamps do their disinfecting work. The lamps are commonly located at the bottom of the filters in a compact air purifier. Different factors can affect its performance, however. So make sure to read and follow the manufacturer’s advice for optimal results.

The most notable negative facet of UV light air purifying systems is it changes the oxygen present in the air into ozone. This process is called photolysis – it happens when light affects oxygen and makes it break into two separate atoms, then fuse with other molecules, which create ozone. This is a possibility with UVC devices, particularly if they are not coated. Due to this issue, most manufacturers use a specialized coating on the UV sources.

How effective can UV light air purifying systems be?

Even though it has already been established that UVC has the capability of inactivating microorganisms, we cannot automatically say the same to all UV light air purifying gadgets. Most of these systems are advertised to lessen mold allergens and dust mites.

How effective UVC is in sanitizing the air depends on various factors, including:

A competent UV purifying system is capable of inactivating bacteria, viruses, and even mold spores. Initially, mold spores and bacteria are invulnerable to UV radiation and need a high dose of UV light. According to experts, mold and some bacteria require great levels of UV and a longer exposure time. You may need a higher dose than those available for residential units and a few extra seconds of exposure. 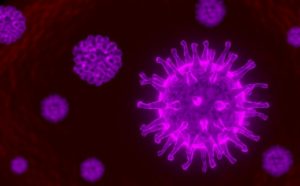 UV purifying systems cannot eliminate allergens, dust, chemical fumes, cigarette smoke, pet dander, or molds entirely. Hazardous gasses and some tangible particles are usually immune to UV irradiation. Experts said that mold molecules are still capable of triggering allergies even after being deactivated. So UV light air purifying systems may not work against allergies as well as it does in other cases.

Many harmful pollutants are unaffected by UV-C light. UV light cannot destroy volatile organic compounds, or VOCs – commonly found in household products, from paint and varnishes to cleaning, disinfecting, and cosmetic solutions. When it comes to the safety of our homes, we should all be taking precautions. It can cause VOCs to off-gas more quickly or even change into more dangerous substances.

Though UV-C light air purification systems may offer some type of disinfection capability, they come with the risk of ozone production. If you want to avoid this, you will need a filter media to trap particles. Generally, studies show that portable UV-C light air purifiers have limited effectiveness against microorganisms and cannot address many pollutants like VOCs. 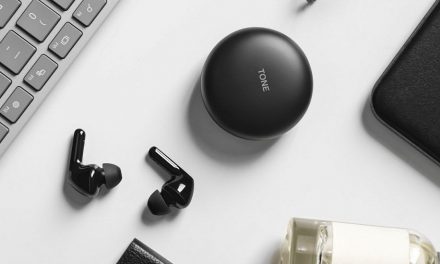 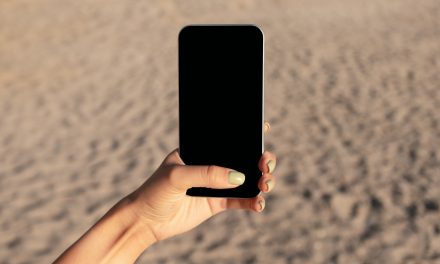 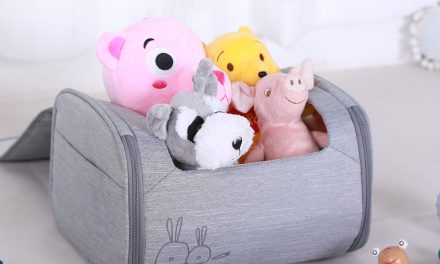 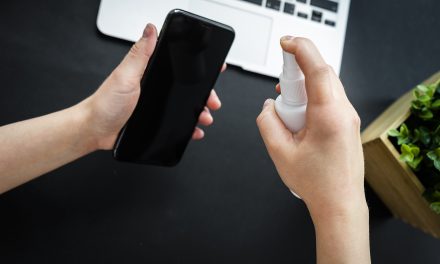 Apple iPhone As Dirty As A Toilet Seat